At the front door to a Target discount store, a sign asks the approaching customers ‘Are you reusable bag ready?” 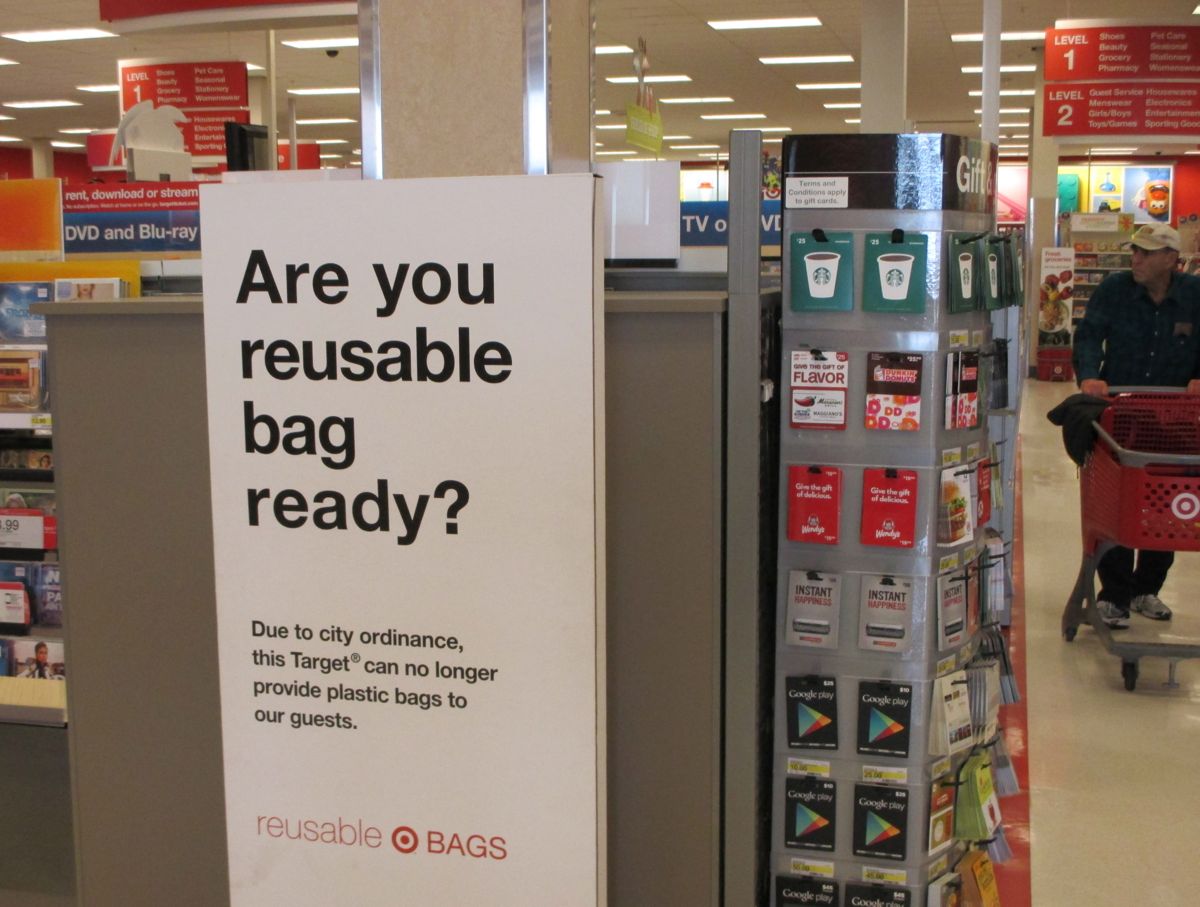 “Reusable bag ready” is a compound modifier made of three words. If you placed it before the object being modified, hyphens would join the three words: “He’s a reusable-bag-ready kind of guy.”

But placed after the object, current custom holds that hyphens are not used. This rule produces abominations like the sentence above. Is he a reusable bag-ready guy? Or a reusable-bag ready guy? And what does it mean to be “ready” for reusable bags?

As an aside, know one thing: there are no hard and fast rules for hyphens, and never have been. You can do whatever you want, and no grammarian can stop you. Just make sure that them in the cause of good, which is to say, clarity. I used to do clarity for a living:

I am a former technical editor. No, that’s a lie: there’s no such thing as a “former” technical editor. Once you’ve beaten other people’s English into shape for a living, you never stop doing it. You edit the world, even if the world won’t listen.

I’m the kind of guy who drives past a sign that reads “GIANT TRUCK SALE,” and asks, “Okay, so where are the GIANT TRUCKS?”

In my world, a sentence can be read in only one way. Because if it supports multiple interpretations, some computer user might delete four hours of work when he thinks he’s actually saving it. Or waste time looking for the “any” key, as in: “Press any key to continue.”

At any rate, even hyphens can’t really fix “reusable bag ready.” When English sentence structure fails to provide clarity  and it so often does — you rip your sentence apart and start over from a new angle. How about:

“Did you bring a bag for purchases? New city ordinances prevent us from providing bags for you.”

Why didn’t Target write their notice that way? Apparently, it was intentional: Target was, the newspapers said (yes, this made the papers) putting a “wink and a smile” into the message.

How cute; I’m glad that tens of thousands of people were suitably puzzled for the amusement of Target’s marketing communications staff. It is my thought that if said staff ever go to the hospital for open-heart surgery, the user’s manual for the surgery robot be peppered with small jokes that obscure the correct operating procedure.

Note to Target: you’re going to communicate, communicate. Leave the attitude behind. Or leave the job of communication to sour-faced, over-serious individuals like myself who boldly wield the common hyphen, among other weapons, in the name of clarity. And of slightly less confusion in the lives of the masses.

1 thought on “The Holy Hyphen, and Other Tools of Clarity”