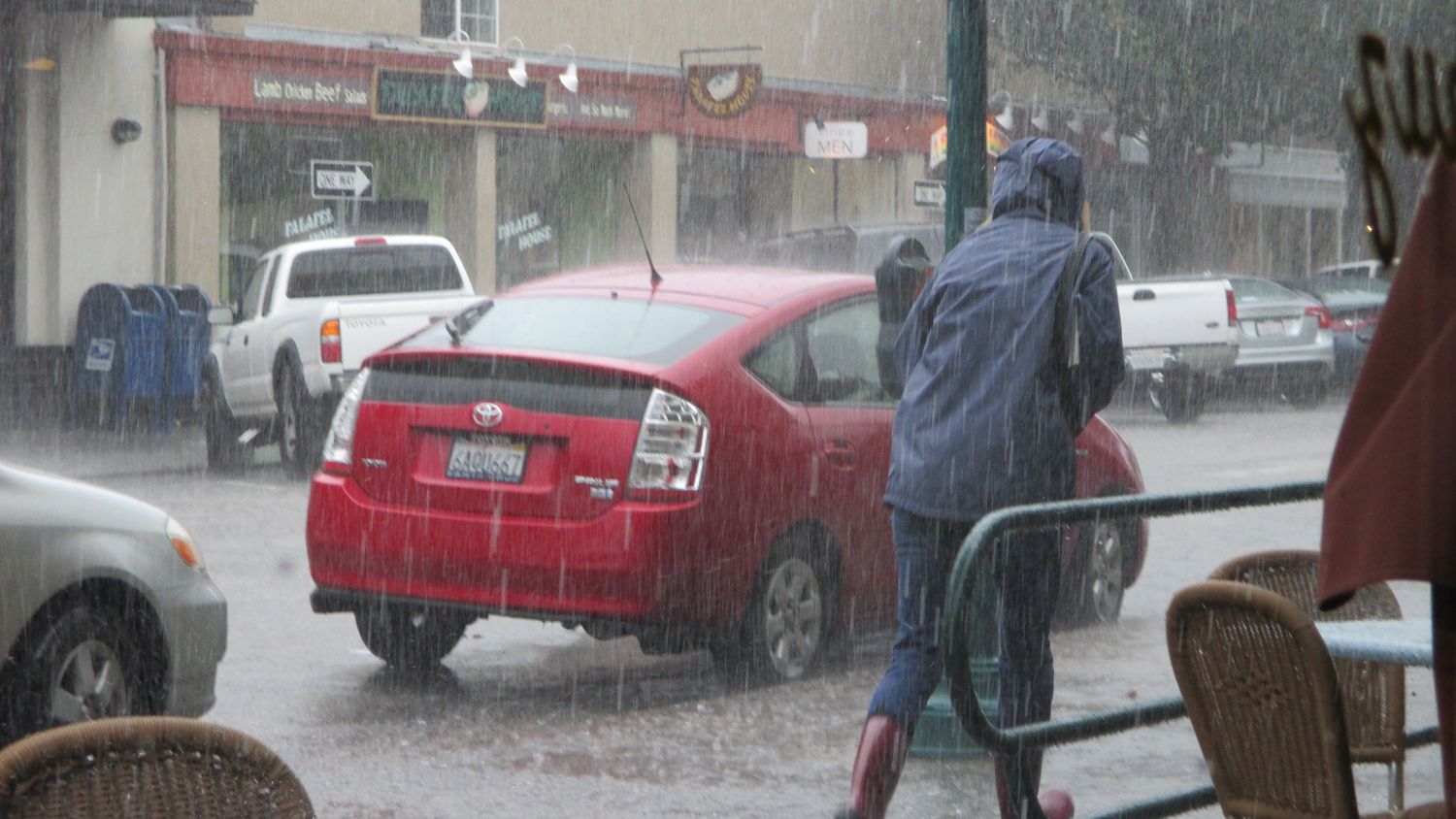 When you’ve got a new pocket camera, there’s no happier place to be than at the window table of a cafe during a thunderstorm. To observe and record all the ways that people react to unreasonable sheets of falling water. 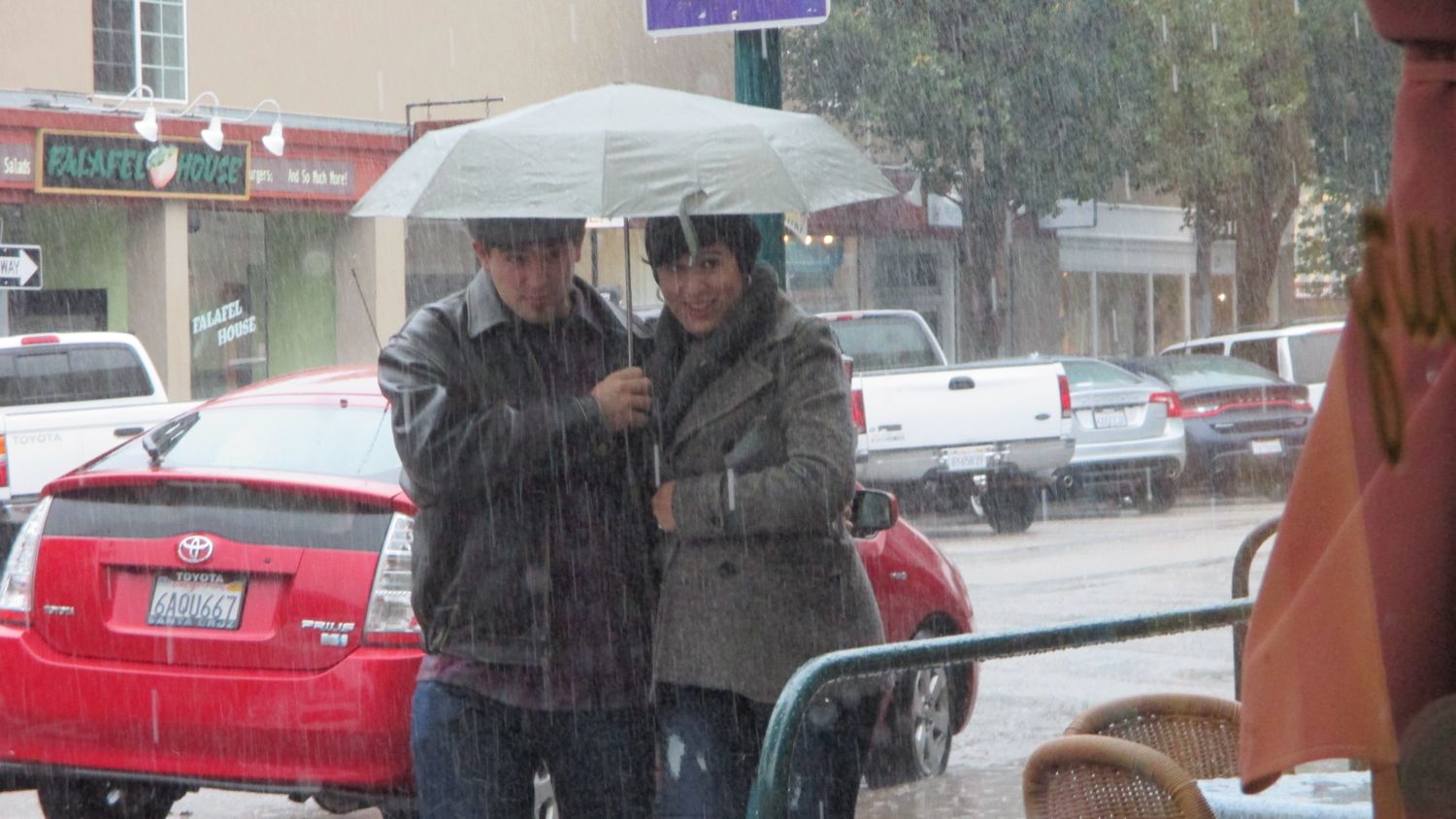 Some cringe and bear it. Some make the best of it. And some glory in it, especially children. A dash through pouring rain is a walk on the wild side for a proper six-year-old. 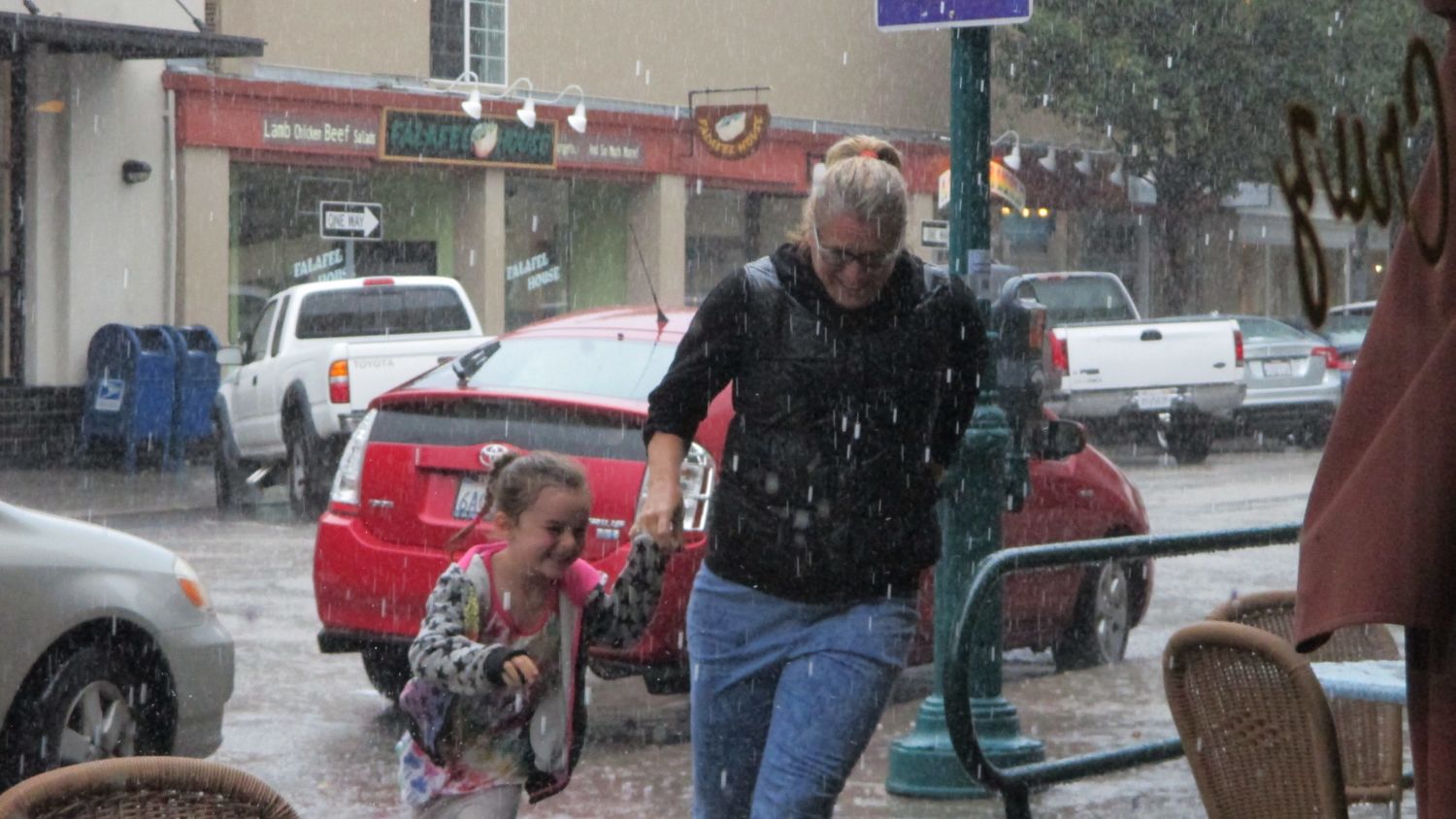 Though I would have liked to see what the child did after entering the restaurant. Small children and water have a hate-love relationship. They hate being wet, most of them. But they love getting wet. Because they love water: throwing it, kicking it, pouring it, and especially jumping in it.

I understand: I remember being little. To a six-year-old, water is Mother Nature’s video game. Water moves, it splashes, it makes sounds, it catches the light. It’s interactive — you can make it do things. Before X-box, there were puddles. And squirt guns.

When he was three or four, one of the neighborhood children would stand on the sidewalk with a hose and pour water straight down the storm drain. For a half-hour at a time. He would stare at the water gravely as it disappeared into the slot in the concrete, as if trying to figure out where water went when it died.

We never found out what he got out of it. He wouldn’t say a word. Maybe it just seemed…. awesome.

Most kids — especially boys — can’t pass a puddle without stepping in it. If you give them water for a class activity, two or three or five of them will fling water drops at each other, giggling madly.

Because water is fun to play with and — best of all — your parents and your teachers don’t want you to. “Not in your nice clothes,” my mother would screech. As then, so now: forbidden fruit is sweet.

Though once little children do get wet — even if it’s their fault — some of them turn into little drama queens who insist that the world stop while every hint of moisture is removed from their bodies and clothing. I usually respond by acting out the “I’m melting!” scene from “The Wizard of Oz.”

When kids reach age 10 or so, they become ‘way too cool to jump in puddles. Their interests shift to gaming, media, cars, cliques and, just maybe, their first cell. But…

A few years back, I worked as a teacher’s aide for awhile; and for a short time, I assisted an old man who taught science in the primary grades. He was a year from retirement, and he’d seen it all. One day he demonstrated various properties of water to a group of ten-year-olds. And when he finished, he turned to me and said, “I will now make a fifth-grade class laugh by pouring water into a plastic bucket. ”

He poured the water from a bottle, gently; it drummed in the bottom of the bucket, making precisely the sound of a man pissing.

“HEEHEEHEEHEEHEEHEEHEE” the class shrieked. The old teacher raised an eyebrow at me. Kids. Water. The forbidden. I’m sure they all rushed home after school and tried it themselves.

As a card-carrying adult, I suppose that I should be annoyed when children get rowdy with water. But I don’t. Water is a great teaching tool for consequences: play with water, get wet. You don’t like being wet? Then be careful with water.

And anyway, they love water. They need it: water is the way to be “bad” without really hurting anything. While still really being good. Your mother may rag on you for getting your new clothes wet, but never too hard: because, really, no harm is done than ten minutes in the dryer can’t cure.

I have a memory, from back when the neighbor kids were tots, of washing the car in my driveway on a notably warm day. A steady flow of water ran down the drive and into the street.

Three small children, all siblings, happened to be patrolling the street on little silver scooters. It’s a dead-end court with no traffic.

One of them, perhaps only three, diverted from her flight path and stopped just short of the stream of rinse water. She looked at me gravely, looked at the water. And  deliberately rolled her scooter into and across it. Then she sped back down the street, leaving a black track of moisture behind her.

A minute later her older brother, all of five, made a bee-line for the stream of water and also rolled across it. “MY scooter got wet, too,” he called to his siblings, speeding away.