Arnold Schwarzenneger appears on more t-shirts than God could count: as bodybuilding icon, as big-screen barbarian warrior, as buff robotic Terminator from the future, and as general bad-ass. But I like him best as the Governator.

How Arnold Schwarzenneger got to be governor of California is a lot like Brexit: nobody really meant it to happen. But through screw-ups by politicians of both parties — it did.  He produced at least one t-shirt as governor, and I am proud to have it. 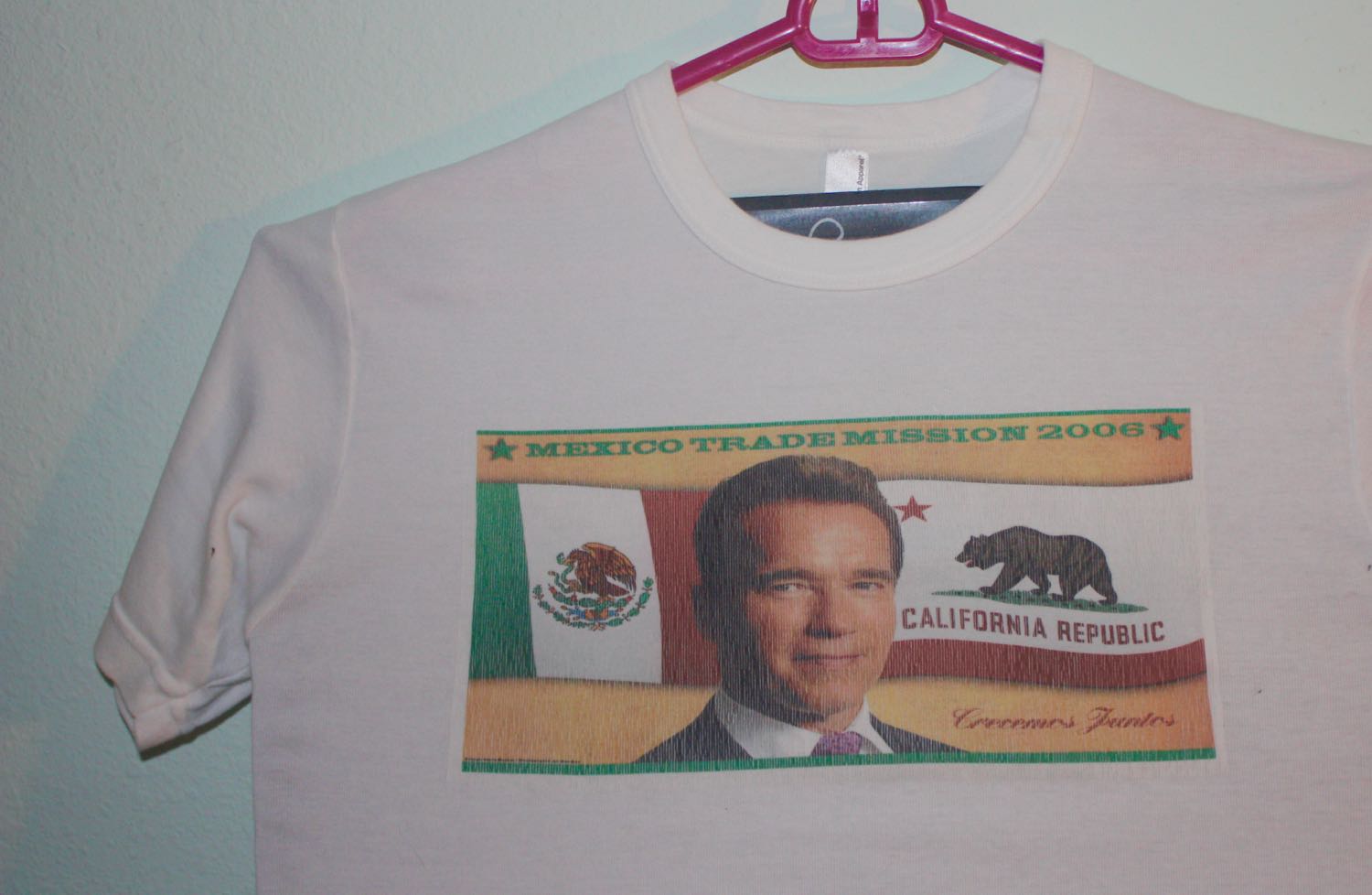 Yep, there he is in all his smug Hollywood glory, leading a trade mission to Mexico.  If there had to be a t-shirt for this venture, whose face should be on it? Who’s the star of this epic? Need you even ask?  This is the guy who mounted the Conan sword in the governor’s private conference room.

Occasionally an Arnold tee bears a different kind of message, like this Terminator-themed tee from around the turn of the millennium: 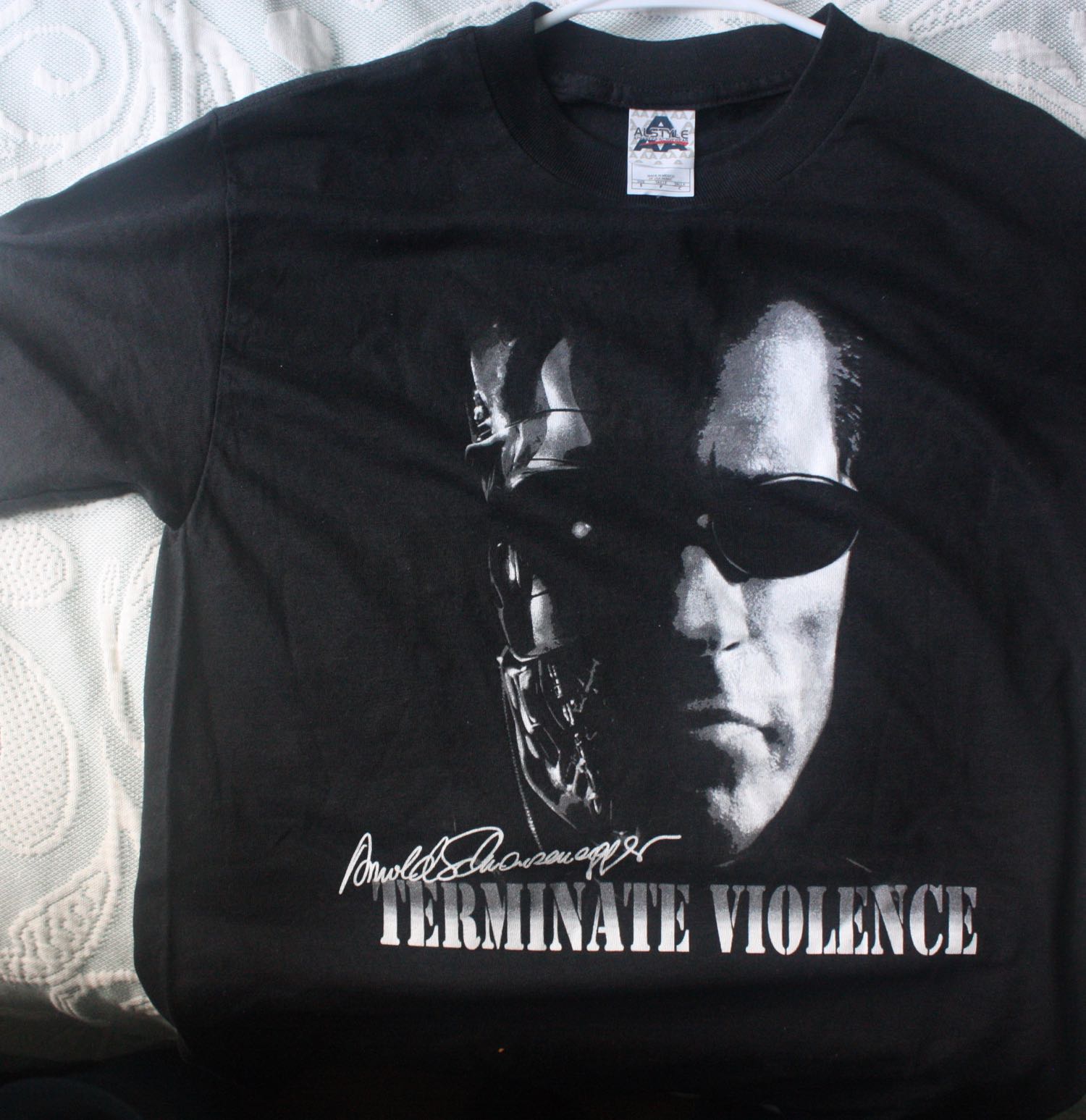 But the message… is unclear. Terminate violence — with what? A humanoid killerbot from the future? Or are we all supposed to be mini violence-Terminators? If so, where’s our cool weaponry for destroying violence?

Or maybe Arnold’s simply telling us that violence solves nothing? (After starring in so many movies where violence solved everything.)  This is as likely as anything.

I’m sure Governor Schwarzenegger meant well.  That might make a fitting epitaph for his administration.

As of 2019, by the way, a new Arnold “Terminate Hate” tee is readily available online. Arnold never terminates. That said, maybe he’s learned something: this time, the tee shows flowers peeking out of the barrel of Arnold’s shotgun. 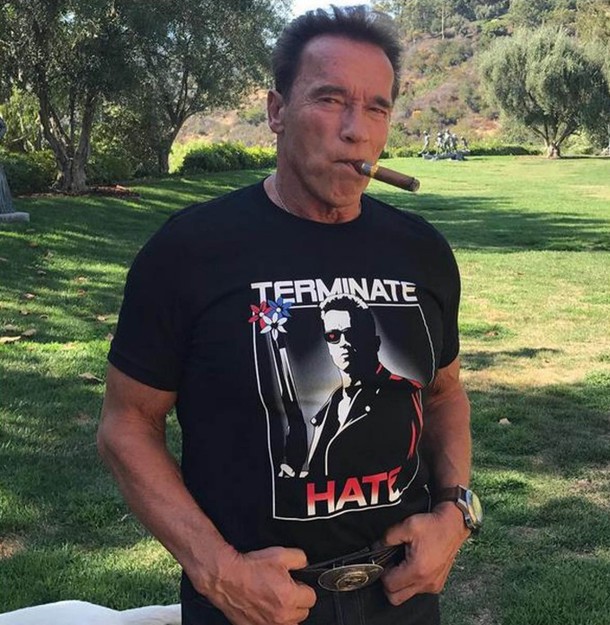