It’s a nice restaurant. But the kitchen misplaced our order. Our eggs and potatoes were long in coming.

On the plus side, the waitress kept the coffee flowing. Rhumba and I had much to chat about, and the surroundings were delightful.

But as time passed I became restless. Out of boredom, I fiddled with my place setting.

This proved to be instructive.

I rearranged the spoon, knife and fork until they were fanned out from each other, just barely touching at the handles. There’s a bit of the obsessive-compulsive in me. 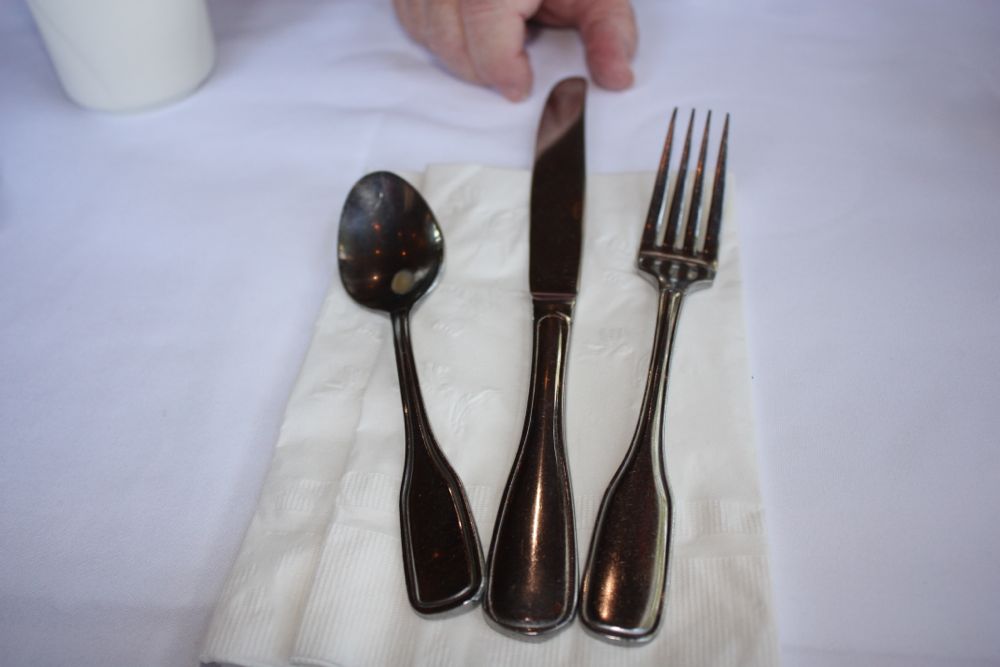 Then I moved the knife to one side. The spoon moved with it. 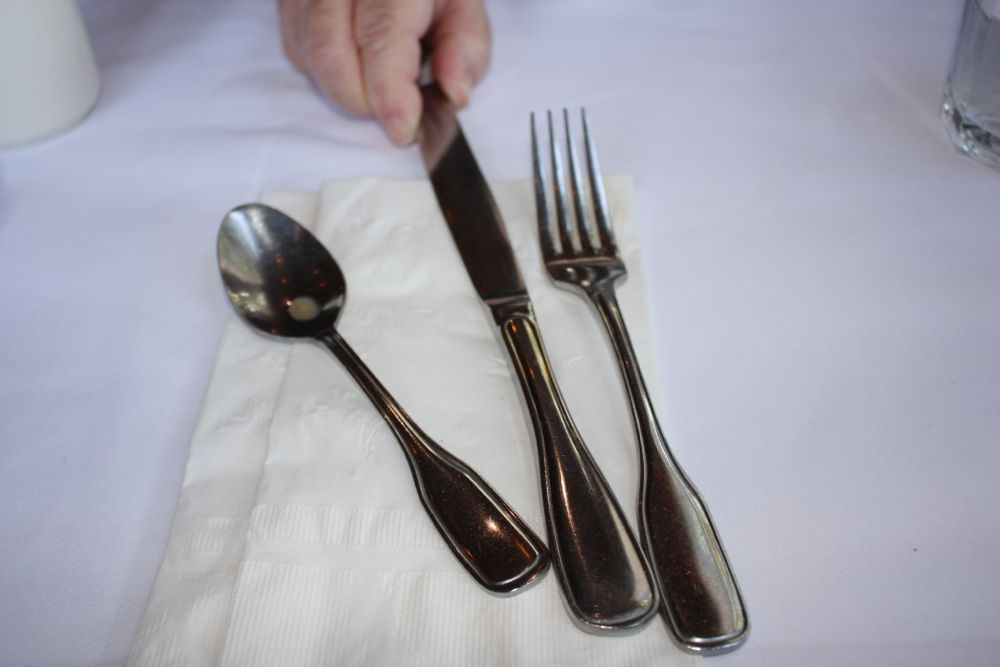 I moved the knife even further.  The spoon continued to cling to the knife. 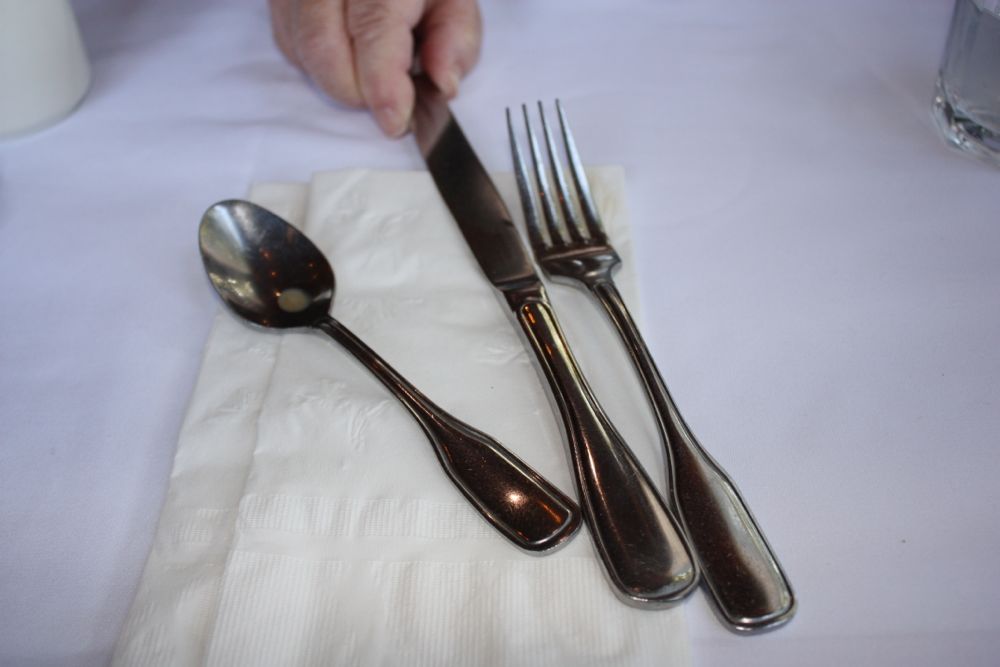 I repeated the operation several times. Both the spoon and fork followed the fork as is it were –

“Rhumba,” I said, “My table knife is magnetized.” I demonstrated.

Stout scientist that she is, Rhumba recreated the experiment. “So is mine,” she replied with some wonder.

I turned over the knife. The word “stainless” had been stamped on the blade. I frowned. Stainless steel was not magnetic, they’d always told me.

We soon found that only the knives were magnetized. They attracted the knife and fork, but not vice versa. I hauled out a camera and snapped pictures of the amorous tableware. I even used the flash. The waitress trotted over and examined us dubiously. When the two of us get bored, anything might happen.

“I’ll see what’s holding up your order,” she said, and fled to the kitchen. We continued to amuse ourself, and speculated.

Some long time later, she returned with the food.

“I noticed,” I had to say, “that our knives are magnetized. Look….” I demonstrated. “Is that normal around here?”

She was evasive. Maybe someone had mentioned it, once. She comped our meals because of the long wait. That was nice.

But I went home and looked up magnetic tableware on the Internet. Oh my.

I learned that some formulations of stainless steel include iron and thus can be magnetized. Restaurant tableware is commonly made of stainless that contains iron.

As for how it happened… when the busboy clears your table, he takes the dirty dishes to the scullery and scrapes the debris of your meal off the plate and into a garage can. If he’s in a hurry, a knife or fork may slide into the trash, too. And they cost money.

So cost-conscious restaurants put a chute lined with magnets on top of the garbage can. The magnets will stop any tableware that might otherwise fall into the trash. Eventually, some dishwasher retrieves it.

If the busboys are careless enough often enough, a restaurant’s tableware can become magnetic. Magnetic knives are most often reported, probably because they have more mass than forks or spoons.

Restaurants have every reason to stay mum about this arrangement. Even if she did know, our waitress was never going to say, “Oh, yes, that’s because our tableware routinely ends up in the garbage can, where we retrieve it with powerful magnets. But don’t worry, it’s been well-washed! Are you enjoying your Eggs Benedict?”

Well… maybe not as much as I was. But I’ll live.

And if you have time on your hands in a very nice restaurant, you might consider finding out what your table knife is capable of. Or, you can keep your illusions. They make the food taste better.

3 thoughts on “Strange Attraction at Breakfast”