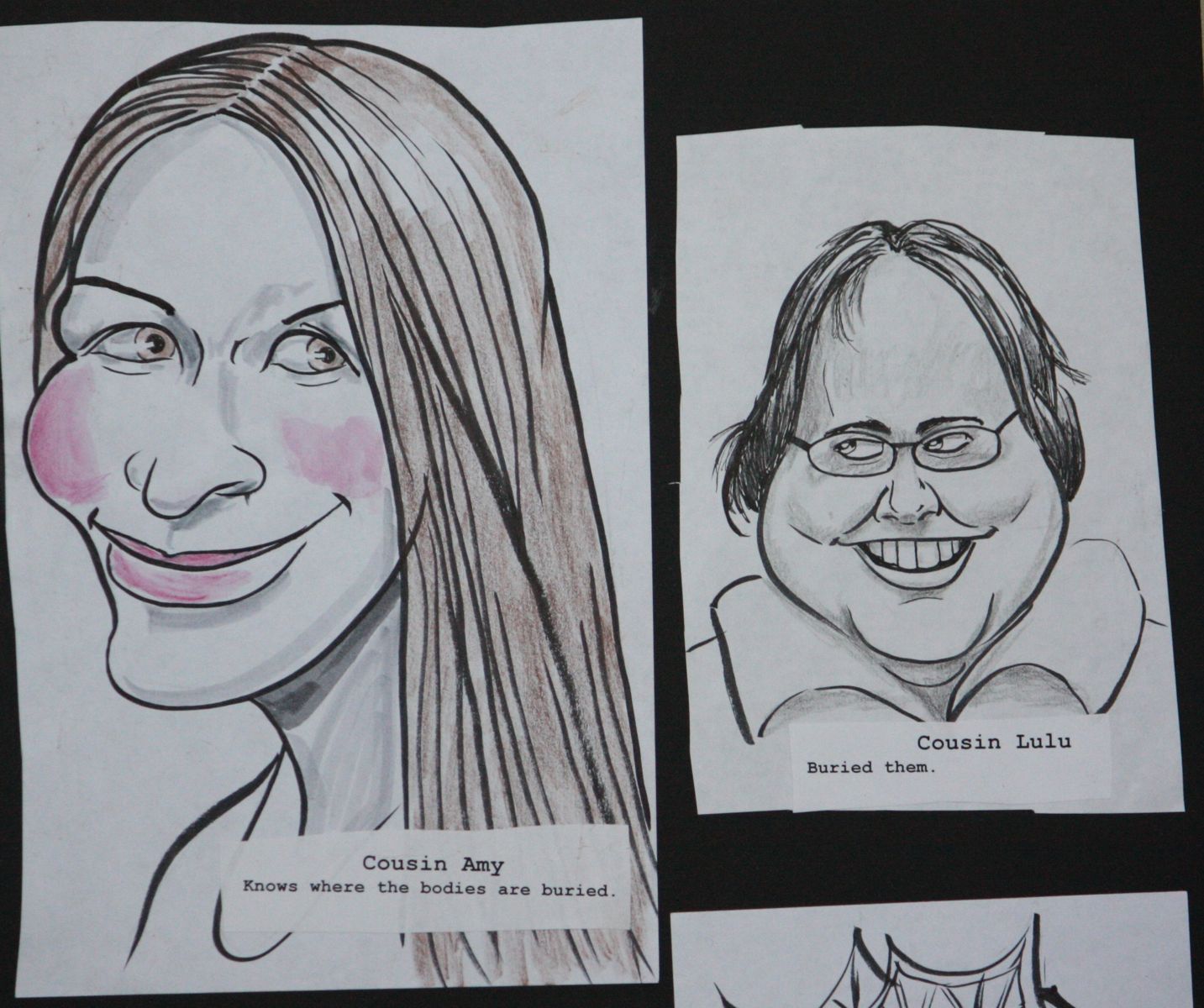 Rhumba can’t stop drawing.  All right, there are occasional bouts of knitting, and of swearing at knitting machines.  But mainly, she draws caricatures.  As a loyal husband, I have to say that she’s getting very good at it.  Fortunately, I’m not lying.

When Rhumba’s on a roll, she can draw a fairly simple caricature in under five minutes.  Complexity takes ten or fifteen.  And when she’s done – she throws it in a pile, or a wastebasket.  And forgets it.  On to the next one. 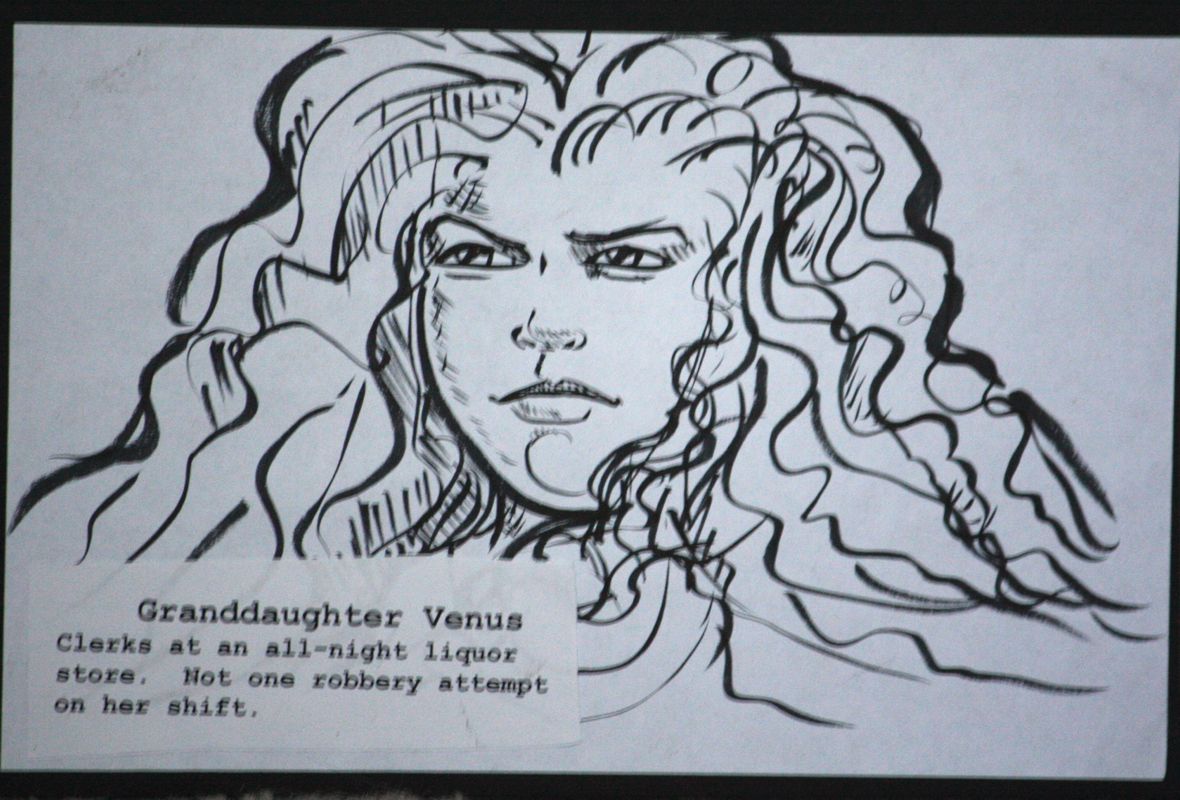 The damned things are everywhere: an avalanche of faces, wherever I look. Masses of eyes, grins, and grimaces stare up from tabletops, sideboards, in-boxes. It’s enough to make you flinch.

I was finally impelled to put  a batch of them to some use, before she threw them out.  So I took twenty-odd caricatures, put them in some order, and pasted them up on a piece of foam-core board. They are now the Dysfunctional Family Tree, with appropriate descriptive captions.  Here’s the entire image: click on it to see it in a separate wiindow, and click again to see it in truly large size and read the captions. 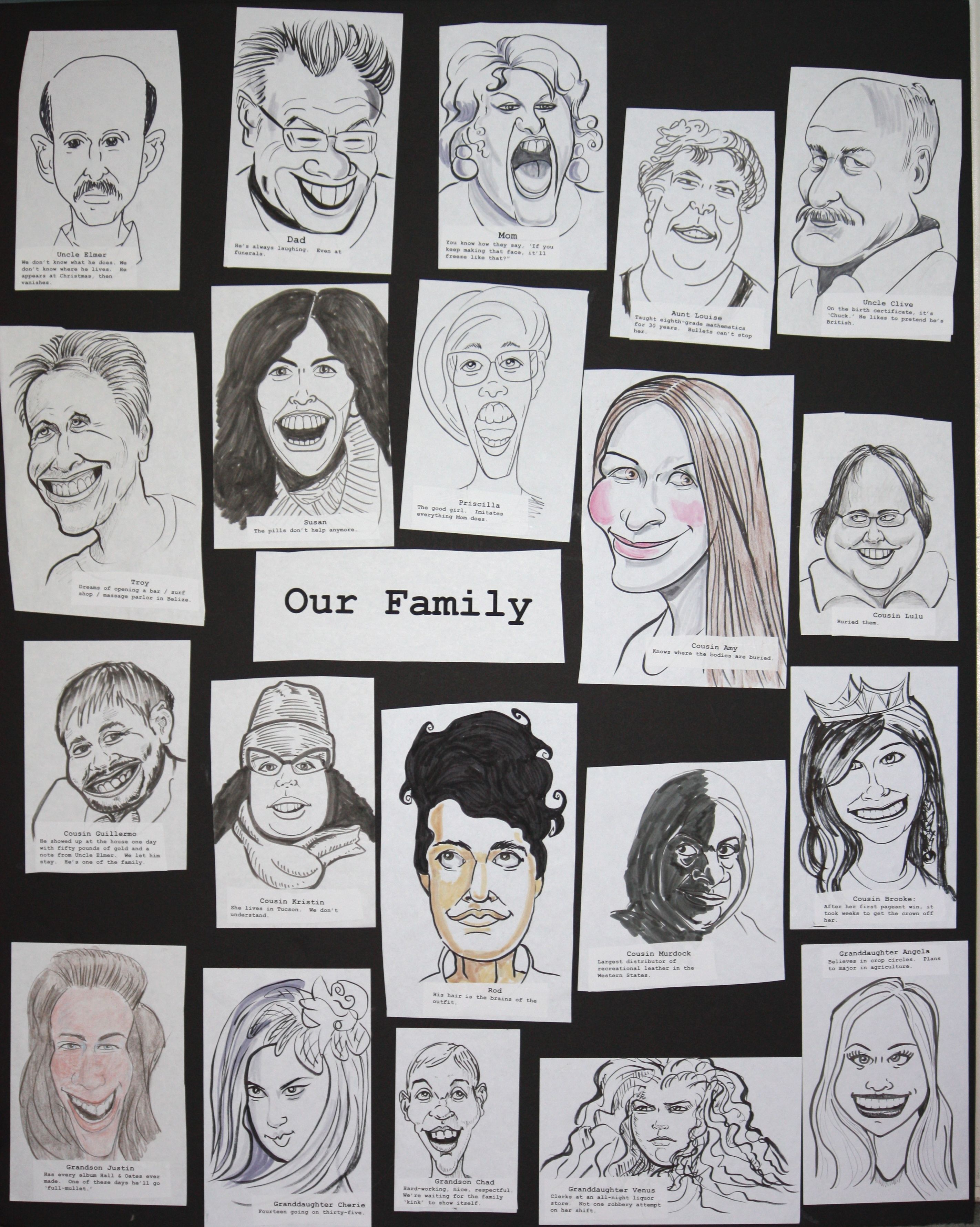 Amazing what you can do with three dollars worth of form-core and a gluestik. Unfortunately, Rhumba’s just drawn 20 more. So I’d better get cracking.  Next stop: the Dysfunctional Company.