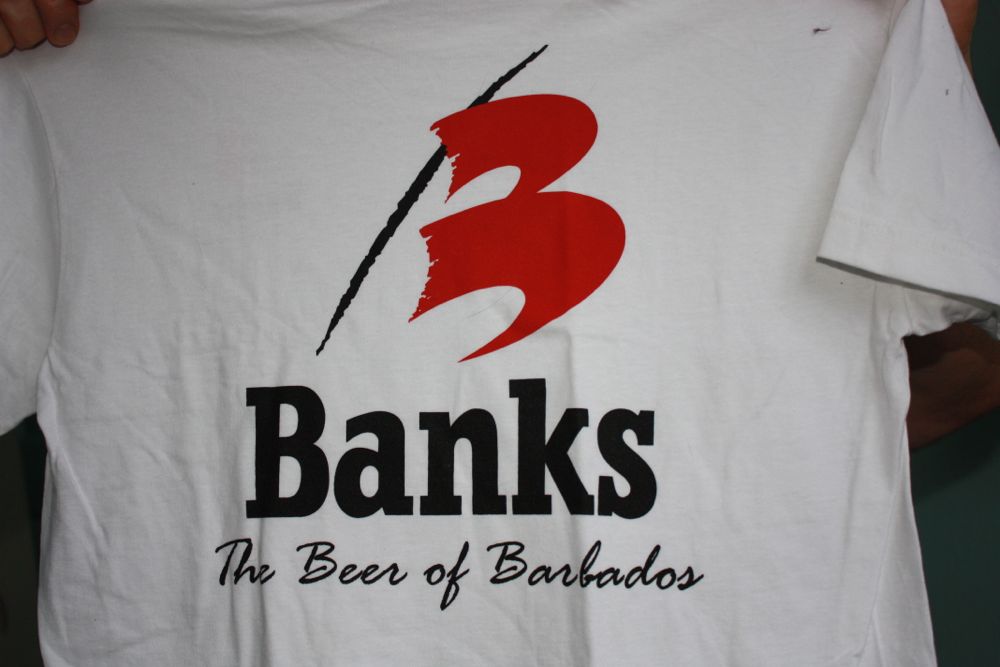 Almost everywhere in the world, the locals make beer. They may not drink much beer, but they make it.

They make it for your sake: you, the visitor: a nice, cold bottle of hops-and-barley lager beer, just like the beer you drink at home. They’ll even sell you a t-shirt with the beer’s name on it. Everywhere.

Because when European civilization left home to see the world, it traveled with a bottle of beer in its hand: Usually a lager, a light beer; the new lands were warmer than Northern Europe. Most places are.

Grant you, most peoples of the world invented beer on their own. Be you Asian or African or European: you put whatever spare carbs you have in a pot, add water, and wait. When the waiting’s over, you all get drunk and discuss the world’s problems. Welcome to civilization. 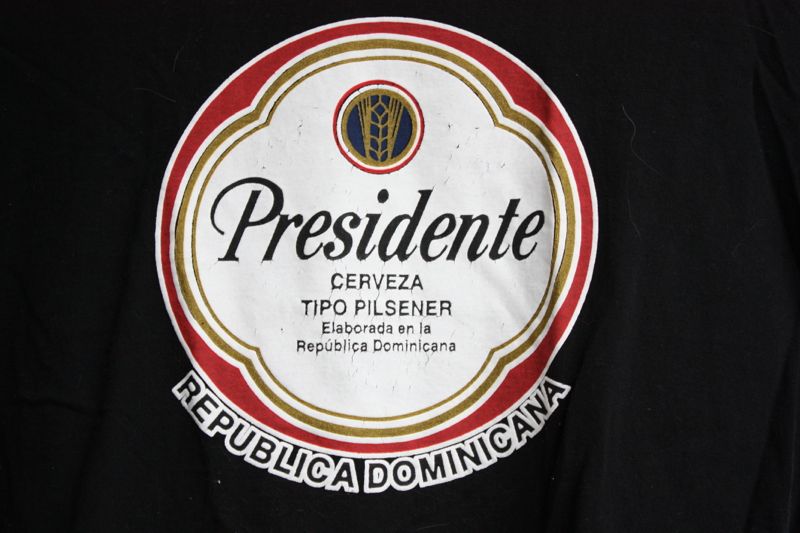 But the Euros turned up their noses at beer made from corn, or potatoes, or rice or bananas. Real beer, to them, came from barley and hops. So wherever they settled, or conquered, or at least stopped for awhile to make money, they planted barley and built breweries.

Or they got a German to build one for them. And if no Germans could be found, Dutchmen would do in a pinch. Mexico, Central America, Africa, the U.S., Asia, everywhere. All beer in Japan traces back to one beer hall built there by Dutch traders in 17th century – a rest stop for the sailors on Dutch cargo ships.

A couple of centuries later, the Thais founded their first brewery because their many foreign visitors drank it, and the upper classes had also adopted it. So why not make their own beer instead of importing it from Japan? There were, of course, Germans on hand to help set things up. They just can’t restrain themselves.

Years ago I visited Thailand and had my first encounter with “locals” beer abroad. The beer of choice is Singha: decent, but not great. 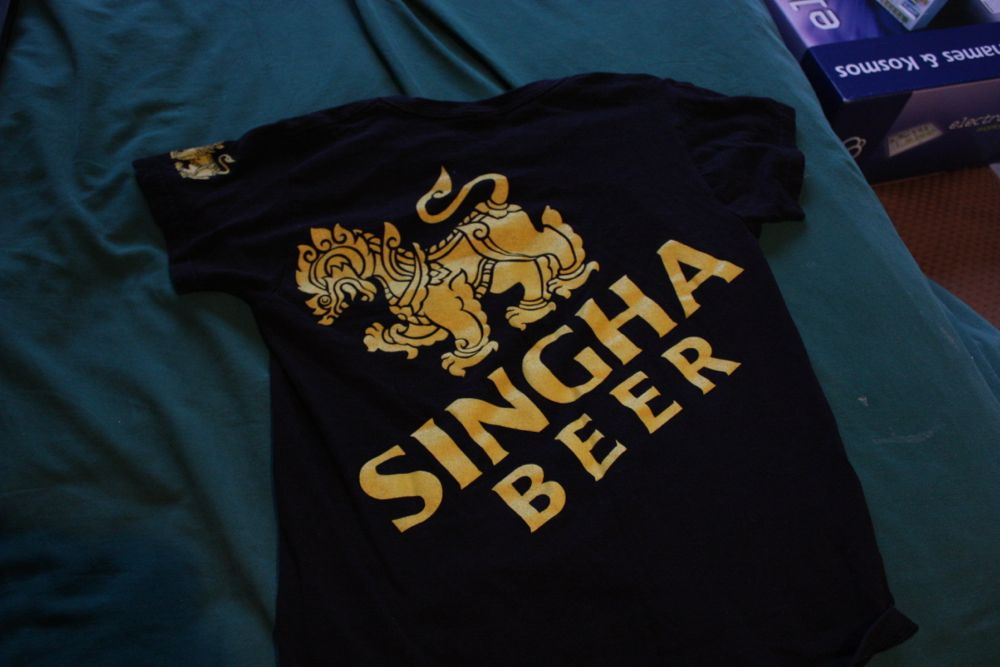 But I do remember drinking Singha on the “rapid train” out of Bangkok one hot summer night; speed is relative, and the “rapid train” made all of about 30 miles per hour. And that was fine, because it meant we could slide the big coach windows wide open to let in the evening breeze. Stewards in white shirts and black ties walked the aisle with buckets of iced Singha for your pleasure. We swigged beer luxuriantly and watched the sun go down over the rice paddies as the farmers did some damned with water buffaloes. There may have been an elephant. I traded toasts with German tourists – of course. Good times.

And yet many Thais didn’t drink Singha. Beer is expensive there; barley and hops aren’t widely grown. But rice is, and sugar. For the price of one bottle of Singha, you could buy enough local rice whiskey to put two or three people on the ground. This whiskey was called Mekong: I remember it well, even though i don’t want to. Mixing Mekong and Pepsi is the act of desperate men, and in the end, it doesn’t even help.

And yet Mekong was the low-price leader in liquor, and thus popular. More popular than Singha, which in the eyes of many Thais was largely drunk by fat European sex tourists and therefore, the logic went, must be what made them fat.

Years later I went to Costa Rica, another tropic vacation spot for first-world tourists. Costa Rica has no indigenous beer. But European settlers eventually built breweries there. A guy named Juan Traute – German descent, you think? – founded one a century ago that changed hands a few times and eventually developed Imperial, Costa Rica’s premier brew. There’s a hell of a t-shirt, too: the Vaterland practically oozes from Imperial’s eagle logo. Which was designed by a Costa Rican advertising man named – Hangen. I wear this shirt around town, and often. 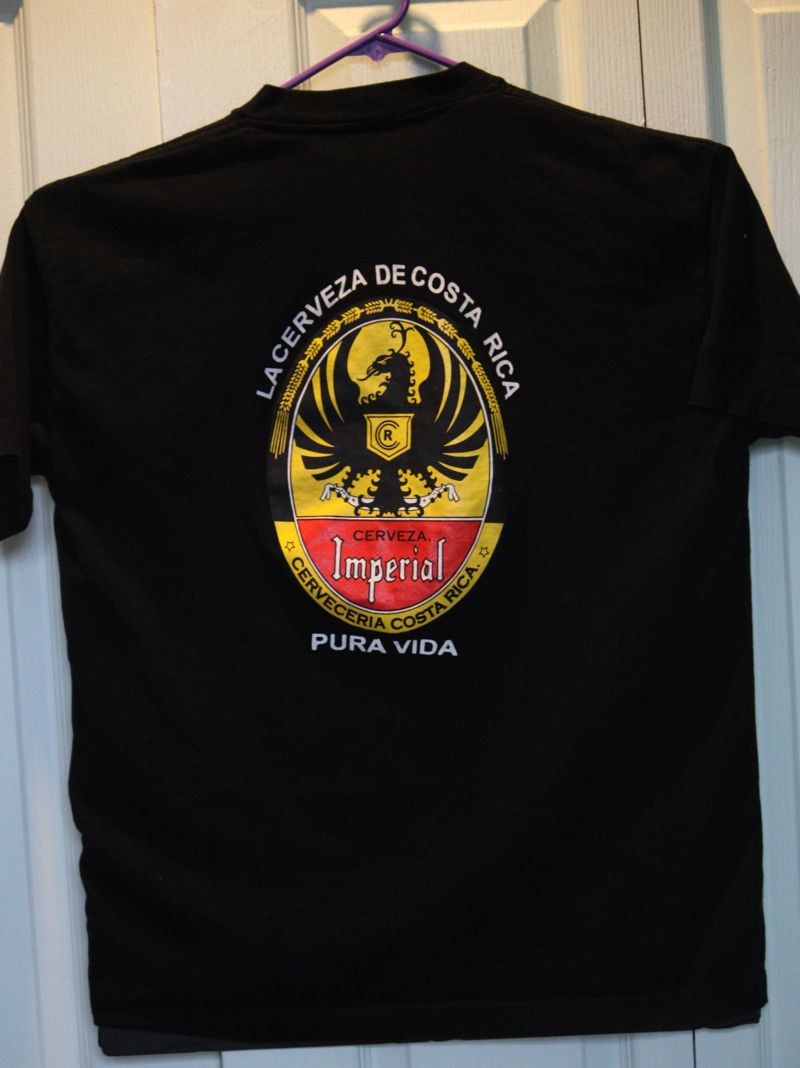 The average Costa Rican does drink beer, but there are cheaper options that they drink more often. Like Cacique – a sugar-cane-based hard liquor that buzzes your brain at minimum cost. It has almost the strength of vodka, and yet the supermarkets offer it in four-packs. Cacique (Ka-SHE-Kay) doesn’t taste like much of anything, so you can mix it with everything. And people do.

Cacique, not beer, is the Costa Rican national drink: officially, at that. The government makes it at the National Liquor Factory. And they seem to do a good job. If the U.S. had a National Liquor Factory, it would no doubt be run by defense contractors, and the product would spontaneously combust in your liquor cabinet if not stored at precisely 64 degrees fahrenheit.

Thus recurs a pattern that repeats in Thailand, Costa Rica, China, and elsewhere: first come the European settlers and traders, and then comes the European-style beer. But the beer is expensive, so only prosperous locals and foreign visitors drink it often. Everybody else drinks whatever can be made cheaply from local crops: rice wine, rice whiskey, guaro, mescal, pulque, banana beer.

They don’t grow a lot of barley in the Carribean, either. And yet all those island-colonies-turned-nations have breweries; some founded by European colonists, others founded later by businessmen, for the tourist trade. With t-shirts for the tourists who drink the beer. I’ve yet to see a t-shirt for Cacique, or Mekong.

In an odd way, a brewery is a second-world country’s admission ticket to the global economy. For good or ill, the governments are hungry for foreign investment and foreign tourists. The yankees who visit — or farangs, or laowai, or gaijin, or gringos, or Europeans — want their beer, and so you’re either going to import it for them at great cost or start making your own. And don’t forget the t-shirt.

There’s always a German standing by if you need help. And as long as Western Civilization runs on barley beer, you’d better ask him for some. 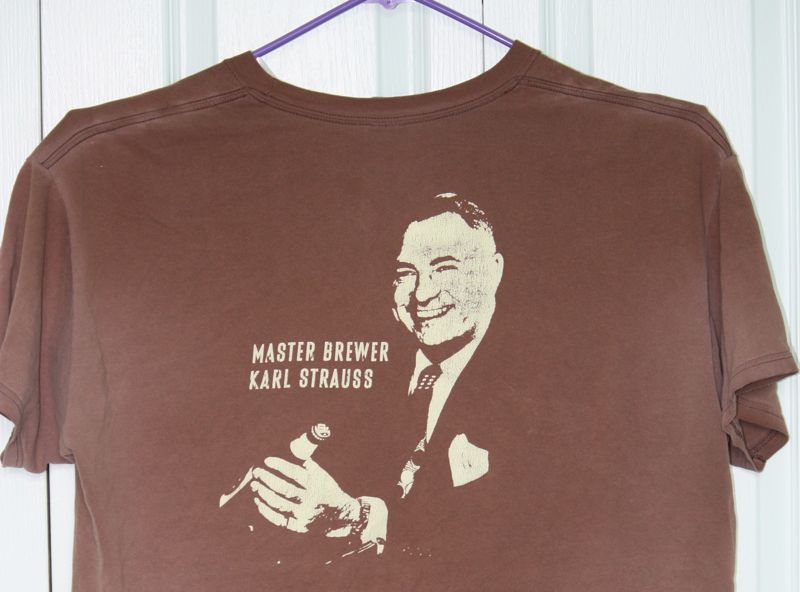 Before I go, a note about one of those wandering German brewmasters. His name and face adorn a t-shirt that I found at the thrift store :”Master Brewer Karl Strauss,” it says on one side. On the other: “Born in a Brewery.” Both statements are true.

Strauss was born in 1911 at his father’s brewery in Minden, Germany. His family raised him in the trade, and he attended university for all the scientific knowledge of brewing that could be taught. With a master brewer’s certificate in hand, he sought a career at one of Germany’s many world-class breweries. 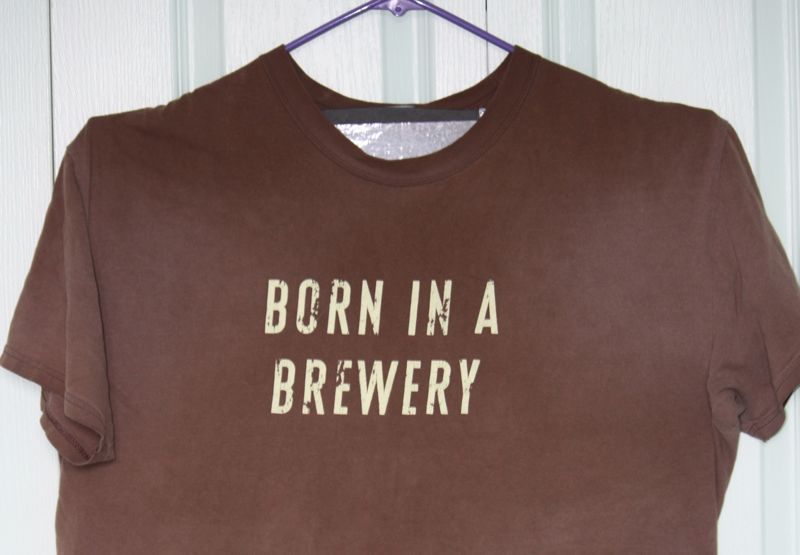 Unfortunately, it was the 1930s. And it was Germany. And Strauss was Jewish. Under the Nazis, Jews were persecuted, later killed. He couldn’t get work. But he did had relatives in San Francisco, and they sponsored him into the U.S. He came over in ’39; most of his family died later in the concentration camps.

Strauss never made it to San Francisco; he stopped in Milwaukee, America’s capital of beer brewing, and got a job on the bottle-washing line at Pabst Brewing. In twenty years he worked his way up to vice president of production, responsible for every bottle of Pabst sold everywhere. Strauss built breweries and ran them; he reformulated all Pabst’s beers for modern tastes. If you lift a bottle of Pabst Blue Ribbon today, you’re tasting Karl Strauss’s work.

Karl Strauss was the brew master’s brew master: he won every award that could be won. And when he left Pabst in the ’80s after 24 years at the top, he consulted with the new micro-brewers and brewpubs that were springing up everywhere. He helped them to formulate new beers, and more importantly taught them how to brew with precision — so that every bottle of a particular beer was of consistent taste and quality. He made micro brewing professional.

He was apparently a wonderful guy, too: an enthusiastic, helpful, laughing man with a thick German accent and a ready smile. When a distant cousin in San Diego wrote for advice on setting up the city’s first brewpub, Karl was on his doorstep in no time. And that’s why everybody in San Diego knows Karl Strauss: he did so much to get the company going that his cousin put Karl’s name on the label and made him the brewpub’s official spokesman. I’ve drunk his beer; it’s damned good.

Strauss died at the ripe old age of 94, still brewmaster of the chain of brewpubs that bore his name. About brewing, he told an interviewer, “It’s the only thing I know how to do. But I like doing it.” That’s a recipe for a long, happy life if ever I heard one. Wonder if you can bottle it.

So if you live in the states and enjoy a good micro-brew, lift a glass of the good stuff to the memory of Karl Strauss. He may well have made that glass possible: another wandering German brewmaster, spreading the lifeblood of civilization one stein at a time.

4 thoughts on “The Conqueror Beer”