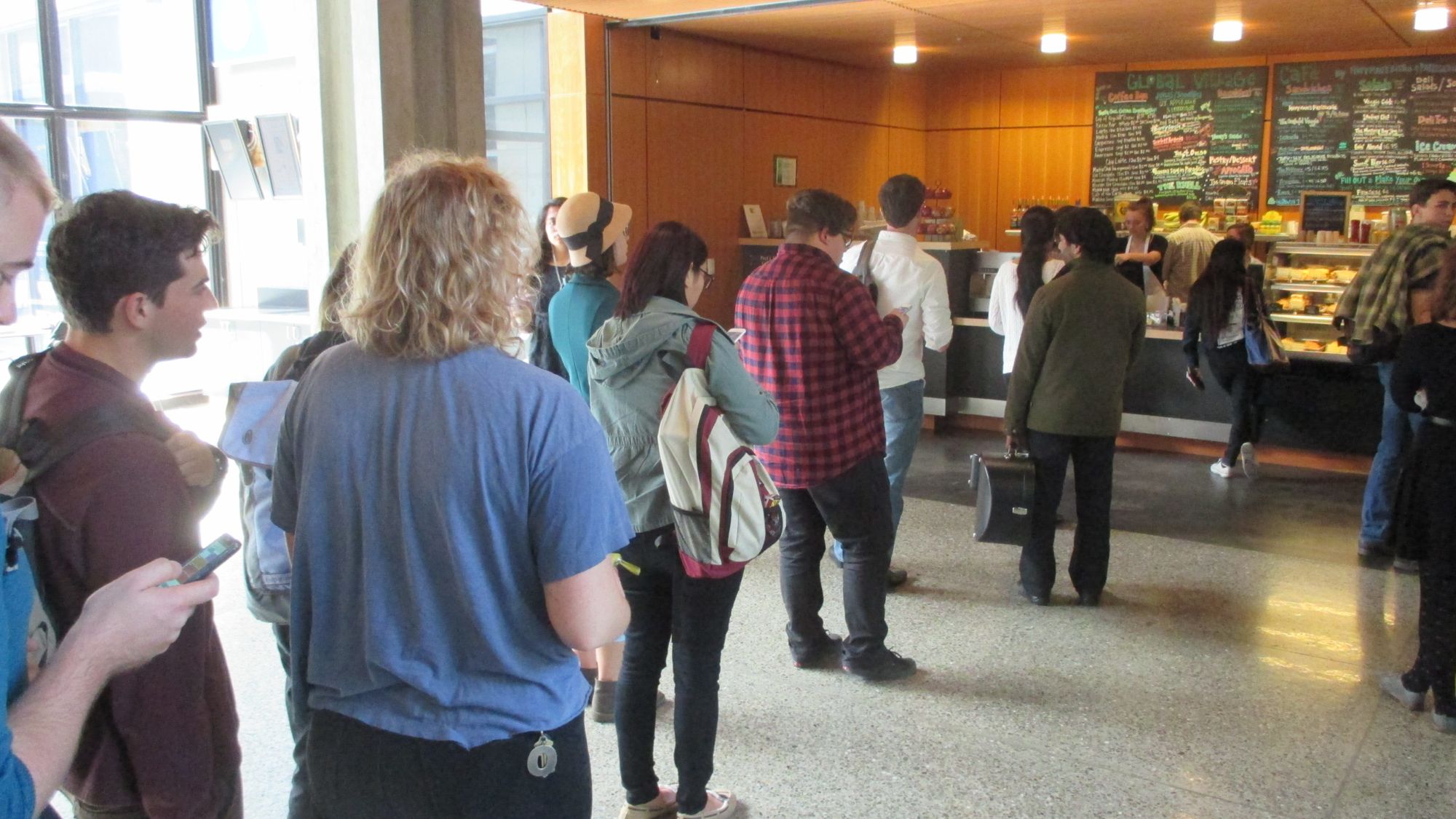 University, the university I work for, lacks a center. It has no grand plaza full of cardboard signs and sunbathers, no student union where the crowds gather and the marching band stirs up school spirit. We don’t even have a marching band.

Students demonstrate and pass out literature by the student store; but while many walk that way, few linger to socialize after they’ve obtained their books or chips or condoms..

Students and staff are instead distributed evenly across campus among neighborhoods of classroom buildings and dorms well separated by trees, trails, slopes, hills, and actual canyons. To traverse the campus on foot requires good wind and a sense of direction. People don’t do it without good reason.

If you really want to catch the pulse of campus life, there is but one choice: the Global Village, the cafe in the Library’s cavernous lobby. The Global Village keeps library hours: opens too early, closes ‘way late. 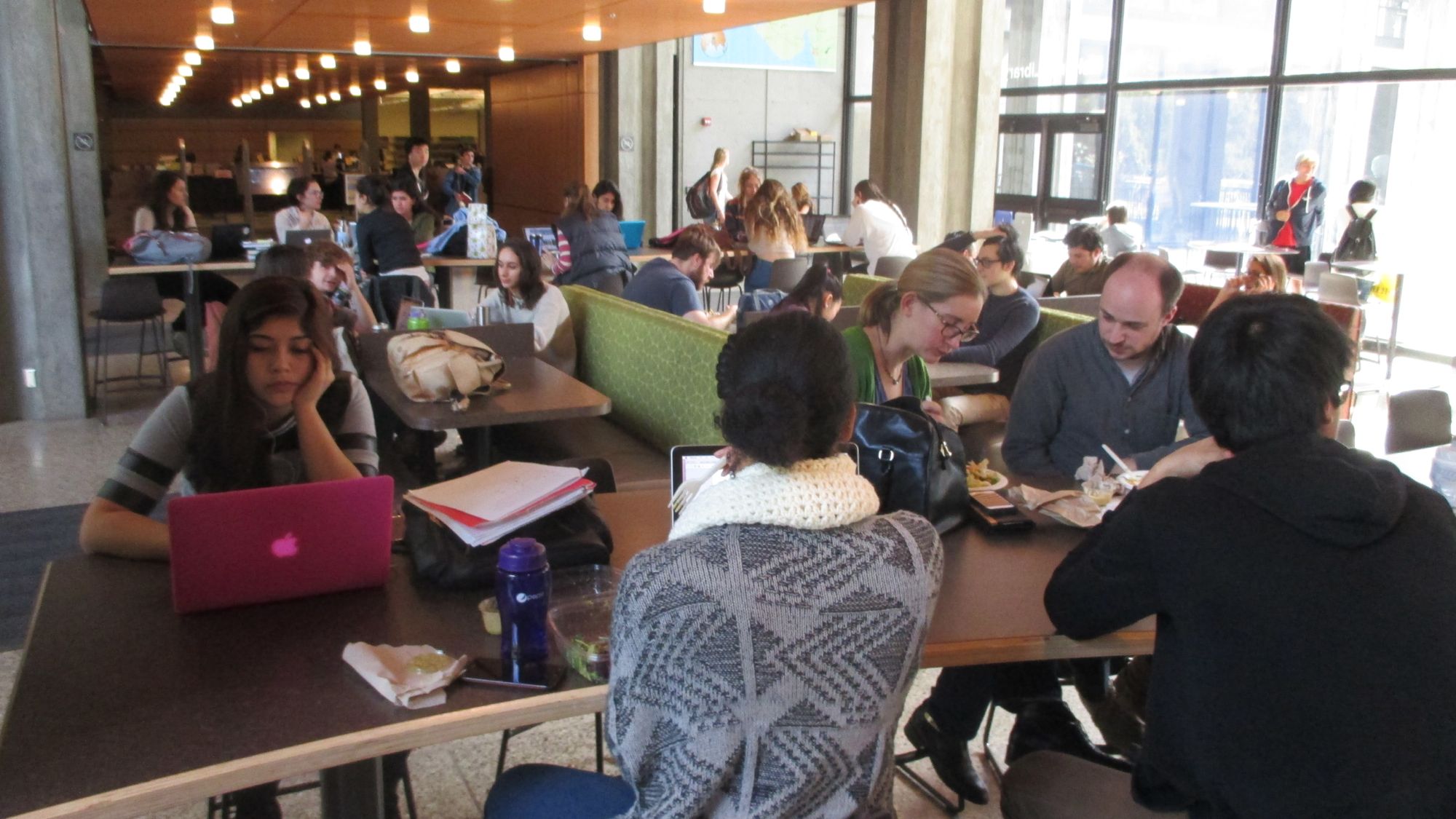 Study groups and student clubs and cliques flock to the Global Village — intimate booths, tables both big and small, good espresso, exceptional pastry and Library; what’s not to like? Staff and faculty come, too, looking for high-quality food not dripping with grease or melted cheese. As well as a place to have a useful but private conversation. 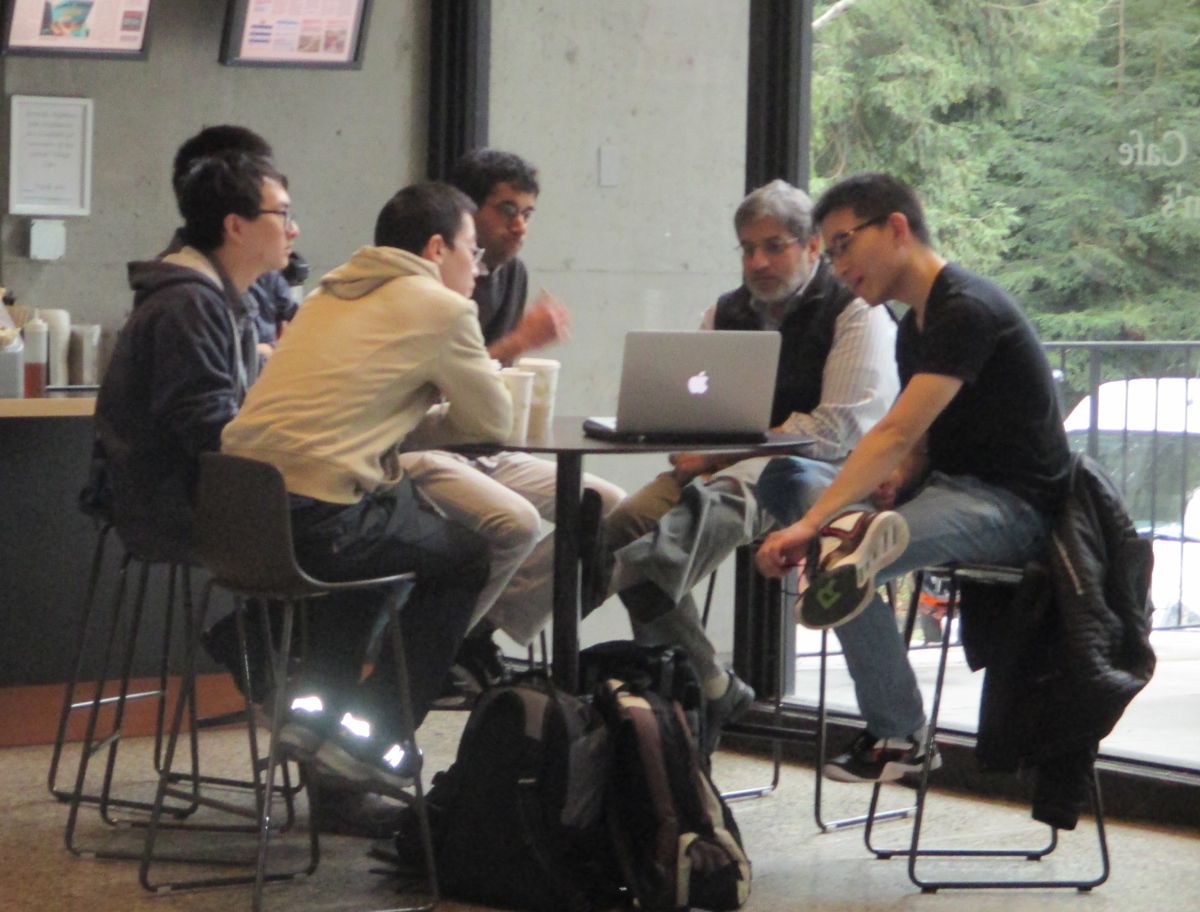 Engineering is up the hill, Arts are down the hill. Administration and Student Services lurk to either side. The grad students who teach labs and seminars and control access to student resources use the cafe as their office and conference room. Hang out in the Global Village long enough, and who knows who you’ll see?

Generally I take lunch back to my desk, but often I sit at the long counters and pick at a salad. I watch the students come and go, and give the big hello to former co-workers or fellow inmates of the two-hour interdepartmental confabs that are a University tradition.

Student conversations buzz around me, though I try not to listen. They are in the main trivial, or banal, or both. Why should things have changed in 40 years?

But light streams in the 30-foot-tall windows and casts an attractive glow over the kids as they line up to place their orders, or gaze at their mobiles, or stare fixedly at assignments that stubbornly refuse to do themselves. And their faces and stances and affectations of fashion or lack thereof, tell more than words ever could. I pass the time by writing descriptions of them in my head. Some are kind. 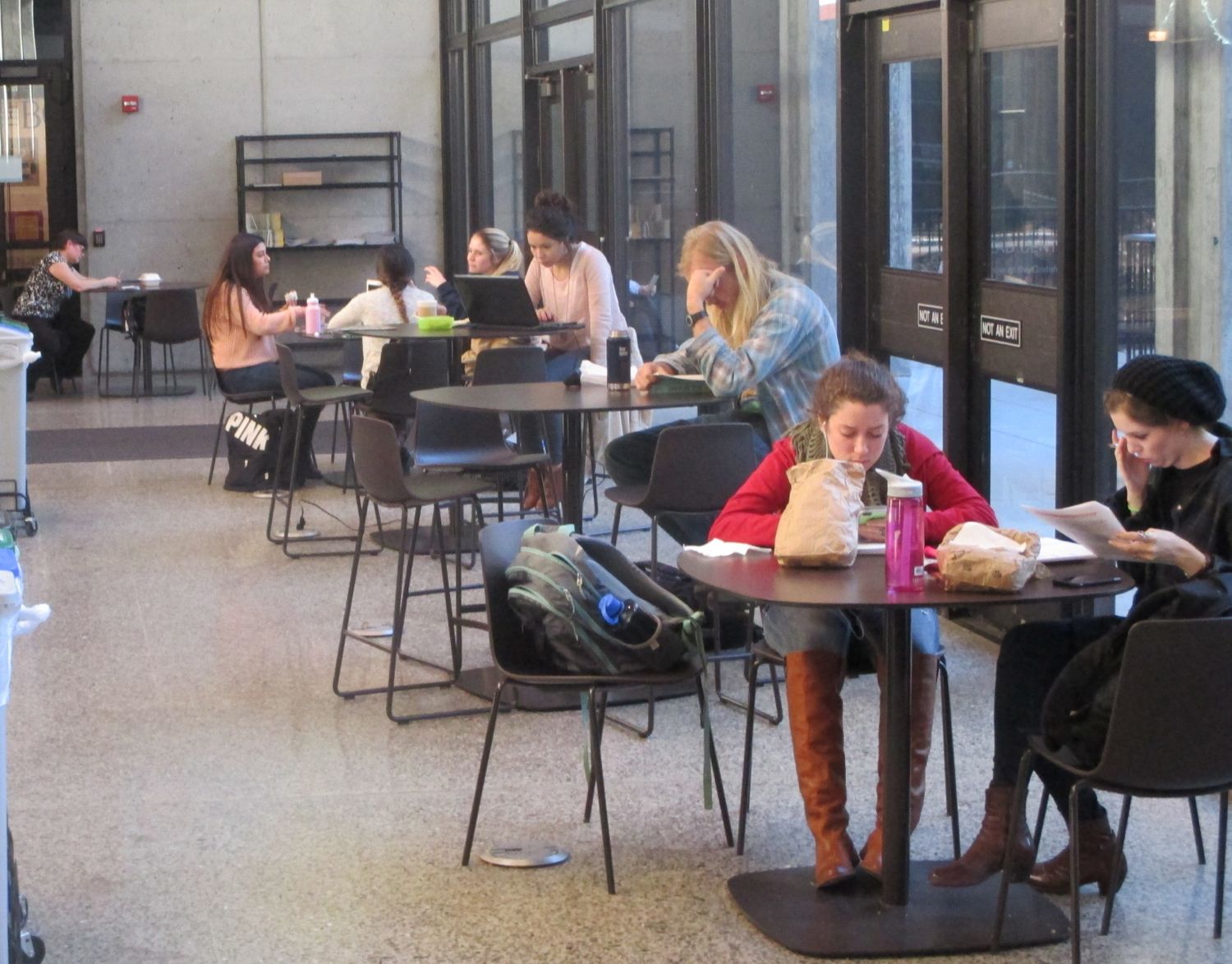 I had been indulging in this exercise the other day when a quiet voice said, “Excuse me.” It was a woman in a business suit, a few feet down the counter with her own half-eaten salad. “Are you a member of faculty?” Her manner was grave.

“Are you a member of staff?”

“What department do you work in?”

“Are you the department head?” At this point the conversation veered into experimental theater.

“No, but I dress better than he does.” It’s true; polo shirts are the top of his wardrobe. “What are you trying to find out?”

“Newbie” was trying to find out how to ace the big job interview that she’d be reporting for in about 20 minutes. An admin had dropped her at the Village to fortify herself. Newbie was out for any useful dirt I could give her on University and was, understandably, a little shy about asking.

“So, Newbie, who are you interviewing with?”

She told me. My former department on campus, the one I transferred out of last year.

I told her all about it, and yes, I kept it professional. I avoided emotionally-satisfying words like “sweat shop,” and instead talked of the ‘challenging environment and workload.” I described certain people in management she inquired about as “intense and focused” rather than “obsessed and monomaniacal,” which is how it sometimes felt. And I told her that our conversation never took place.

Newbie understood discretion; but she was young-ish and earnest, and failed to pick up on my helpful euphemisms and cues. In fact, she grew more enthusiastic as conversation progressed . I was about to unfurl the plain talk when her minder, the admin, showed up.

“Hi, Barbie!” I said with artificial cheeriness. “It’s great to see you!”

“Great to see you too!” She looked at Newbie. She looked at me. “I see you’ve met Newbie! Have you been — telling her about the department?’

“Just telling her what a great place it is to work!” Her smile faded slightly; she didn’t believe me. I didn’t intend that she should. But Barbie and I go back a ways, and she let it pass as I knew she would. And the three of us chit-chatted on safe topics until she swept Newbie away. I liked Newbie; I really kind of hope that she doesn’t get the job.

The Global Village is many things; one of its names is Casablanca. I’m no Humphrey Bogart; but I could be Claude Rains, possibly Sydney Greenstreet. It’s a university, after all; nothing is ever quite what the course catalog says it is.

Later that afternoon I got an email from a friend in the old department who’d spotted an opening in my new group. She wanted the rundown — would this be a good move for her? Could I tell her what she’dt be getting into? Could we meet for coffee and some confidential chatter?

Of course. And you know where. All roads lead to the Global Village. At least, the interesting ones. 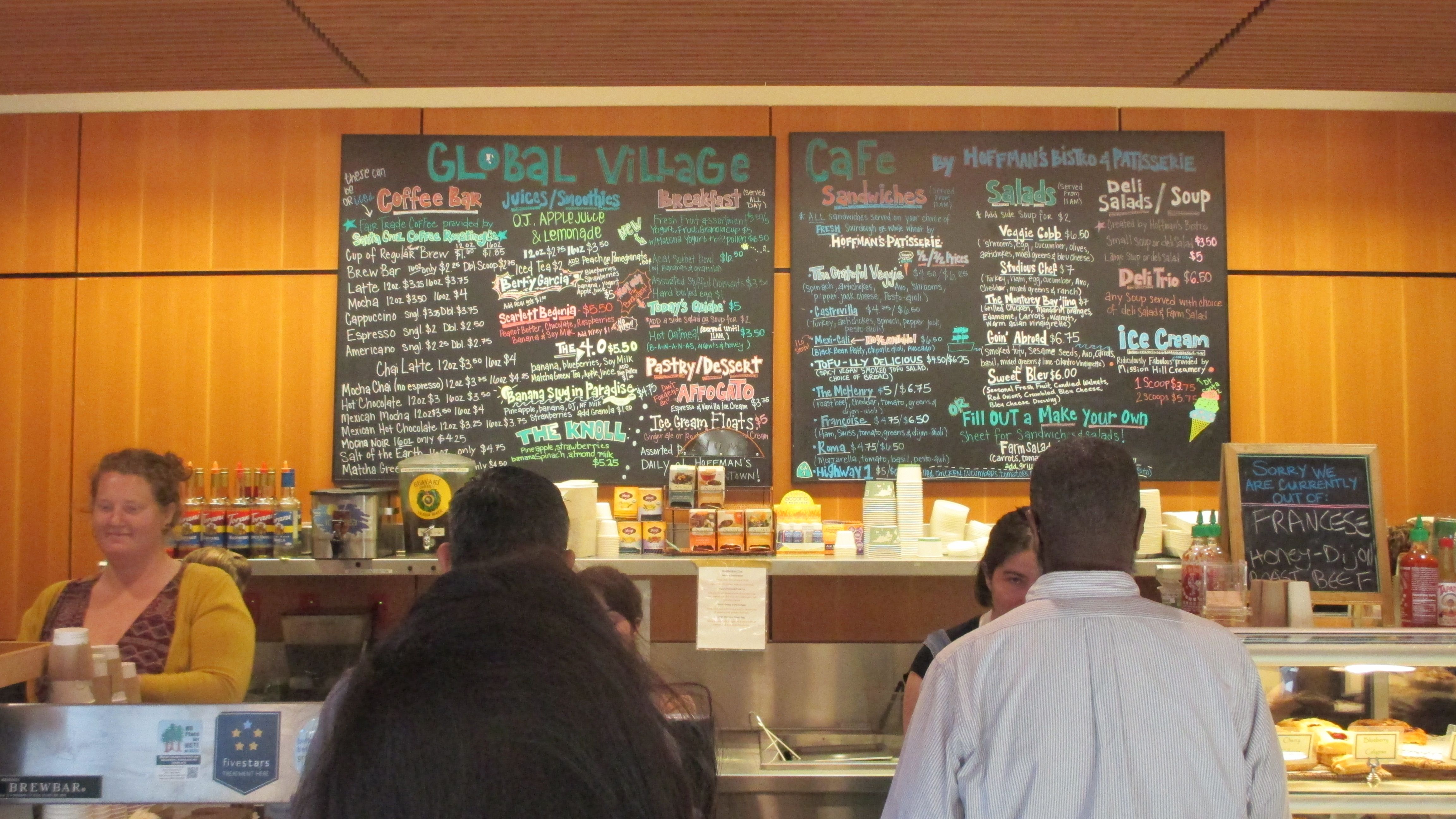