I’ll probably stay in Santa Cruz forever.  Sometimes, though, I research other parts of the country to retire to; it’s just for fun.  And of all places, Salt Lake City presents well as a candidate.  Reviews portray life the City of the Saints as cosmopolitan, even sophisticated.

I sure hope so. Because the owners of the Wasatch Brewery are really pushing it: 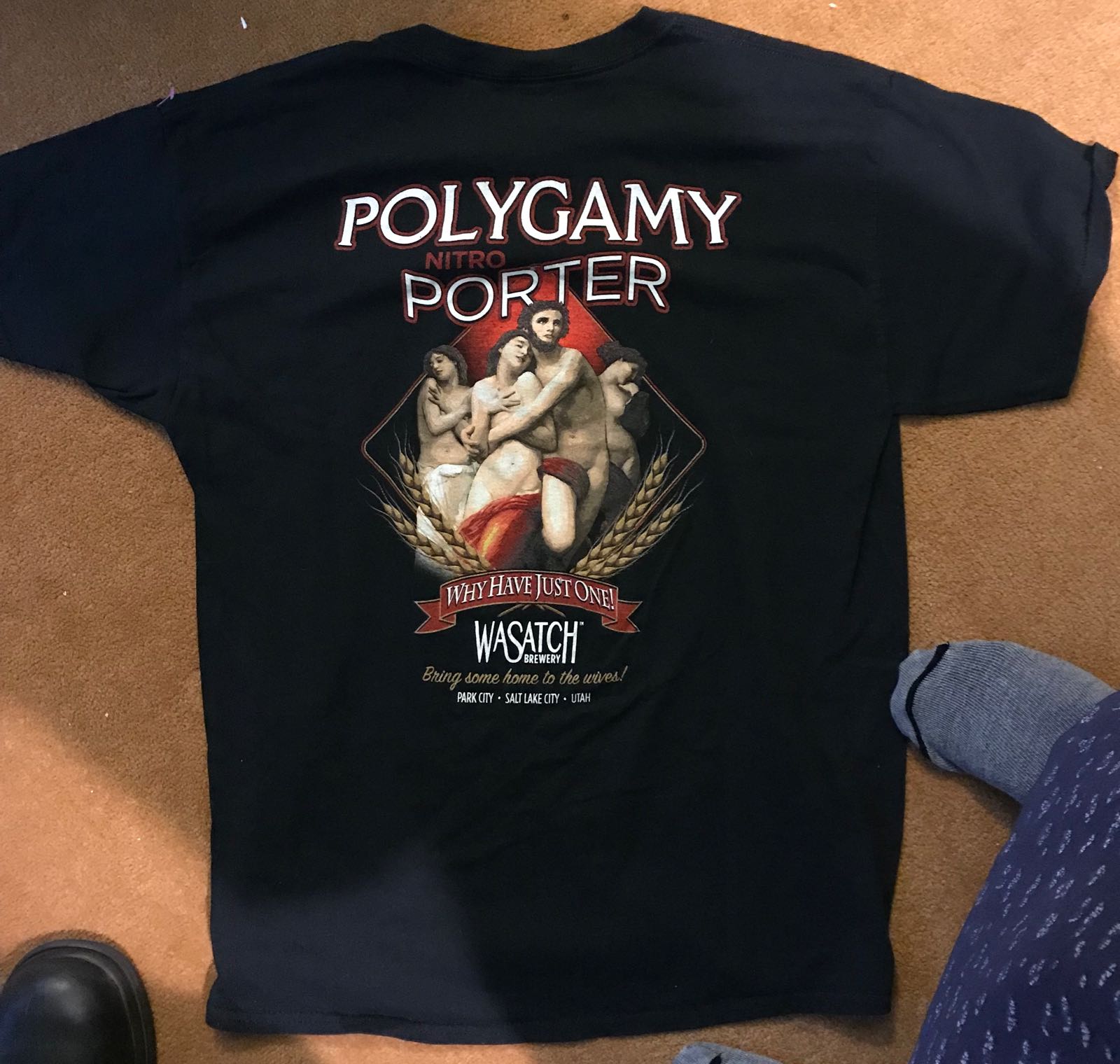 “Bring some home for the wives… Hah!”  Mormons aren’t supposed to drink alcohol, it says here.  Well, Mormon men aren’t supposed to engage in polygamy, either, but there are those Mormon colonies in Mexico where polygamy is  practiced. By American citizens, no less. 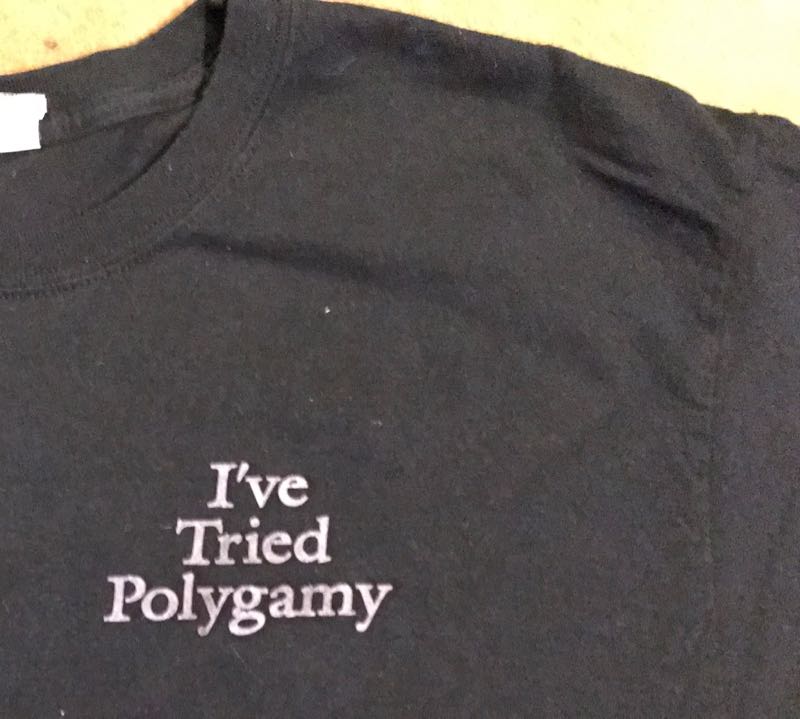 It may be awhile before we see the first Mormon brewpub. But I’ll bet a few of these t-shirts find their way into dresser drawers, next to the “Doctrine and Covenants.”

2 thoughts on “T-Shirts from the Collection: A Heady Brew from Mormonia”